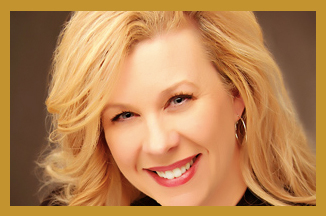 One of the most highly regarded wedding and special-events planners in the Midwest, Brenda has meticulously produced hundreds of weddings, fashion shows, social galas, and entertainment premieres for Catan Fashions, the country’s largest destination bridal salon and its event-planning division, Socially Artistic Events.

“Nothing “Nothing makes me happier than bringing to life a bride’s dream wedding or creating a spectacular event for a corporate client,” says Brenda, who is also a frequent guest wedding expert on FOX 8’s Morning Show in Cleveland.

The keys to Brenda’s success are her impeccable attention to detail and her ability to creatively overcome any obstacles when planning an event. “This is the mark of a true artist and visionary,” says Patrice Catan, owner of Catan Fashions.

An Ohio native, Brenda first revealed her passion for all things bridal as a teenager. “I was always sketching wedding dresses and baking wedding cakes,” she recalls. It wasn’t until she was assigned to make a wedding gown for a high school class project that she discovered her true love of bridal couture. Brenda earned her fashion merchandising degree from the Apparel Fashion Institute in Dallas.

After graduating, she worked as a bridal consultant for the legendary Higbee’s department store in downtown
Cleveland in the early ’80s. During that time, the classic holiday film A Christmas Story was shot on location inside the store. Brenda volunteered to assist the production team and went on to work as a talent scout for Talent International of Chicago from 1984 to 1993.

In 1997, she learned of a job opening with a growing boutique in suburban Cleveland—Catan’s Southern Plantation, as it was called at the time. Brenda met with Patrice, who hired her on the spot to serve as the store’s Bridal Express manager.

Under her guidance, Socially Artistic Events has become one of Cleveland’s most innovative event planners, creating some of the city’s most unforgettable parties and events. Catan Fashions is proud of Brenda’s accomplishments and is honored to have her as a key member of the family business.